The Wealth Gap has Widened and, Yes: We Want To Do Something About It

What the recent data tells us about the impact of Covid-19 on income inequality makes us feel very uneasy. Why has the wealth gap widened? Is enough being done to reverse this trend? 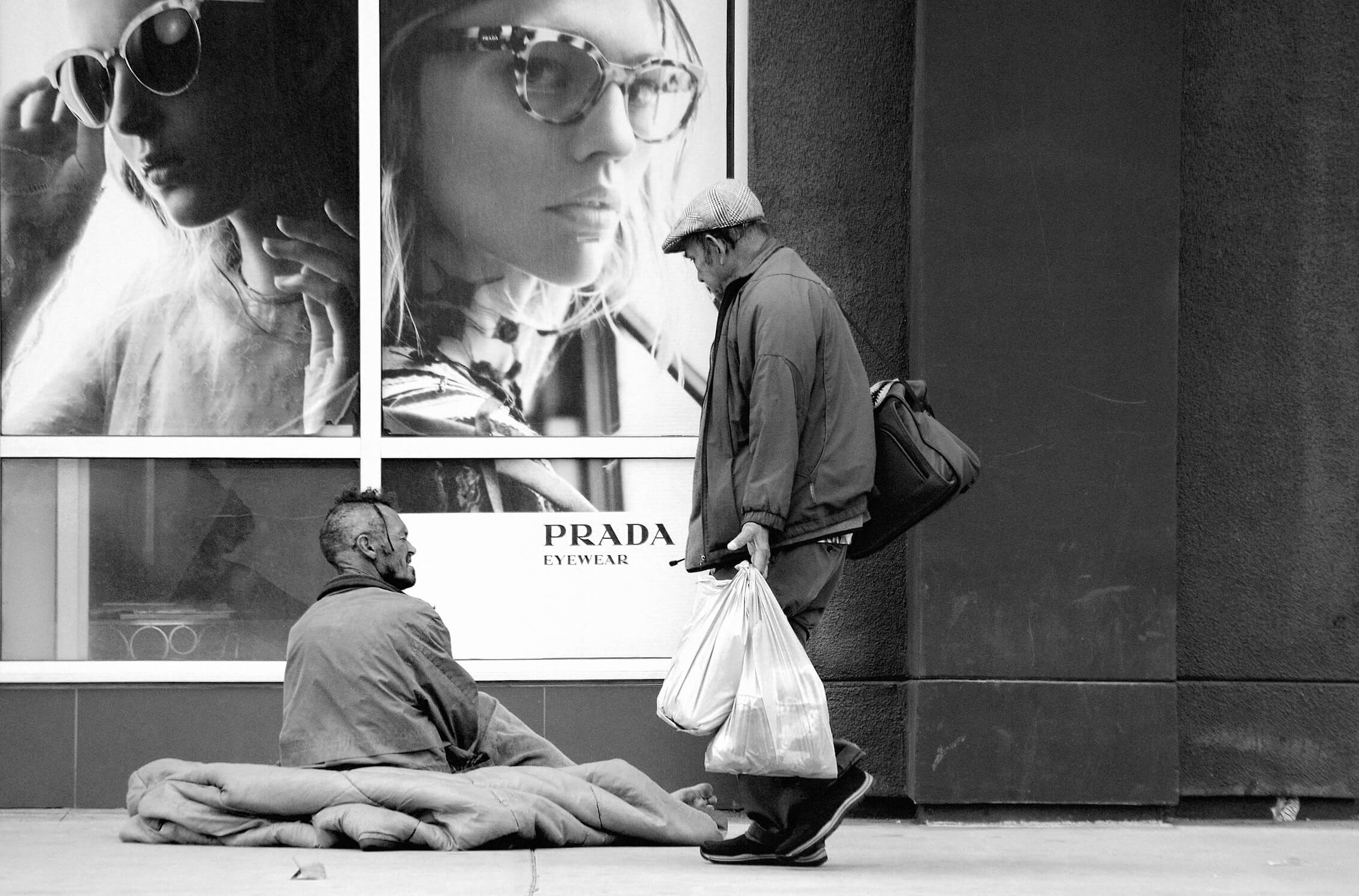 What the recent data tells us about the impact of Covid-19 on income inequality makes us feel very uneasy. Why has the wealth gap widened? Is enough being done to reverse this trend?

When you first look at the data released by think-tanks like Office of National Statistics (ONS)  and the Resolution Foundation, everything seems fine or even good...? Household savings have gone up, and debt hasn't increased more than expected, even pre-covid-19. As a whole, household savings have increased to £125 billion: 'official statistics do not show a big change in household debt since the start of the coronavirus pandemic.

So, with little change in debt, an increase in savings and only a slight reduction of income... What are we shouting about?

As Jack Leslie writes in the Resolution Foundation report, 'not every family has been fortunate'. Particularly those on low incomes 'have run down savings and taken on more debt since the start of the pandemic'.

Those who were already financially secure are the ones who have increased their savings, and those on lower incomes are often the households falling behind on bills and having to borrow to make ends meet. The result? The wealth gap - which was already widening pre-pandemic - has been 'turbo-charged' by the crisis.

Taking things as the big picture is helpful, but you're likely to miss the small details. In this case, looking at an average population with varied wealth distribution and income can be misleading: the statistics displayed like this don’t think about the differences between families. So let's put them into context.

Who's been hit hardest and why?

Despite average household savings rising in 2020, reports from the Office of National Statistics (ONS) and the Resolution Foundation indicate the same conclusion: yes, spending's decreased, and people have saved more on average, which is excellent! However, the patterns of distribution of wealth and income inequality across the country are concerning.

A recent survey by The Resolution Foundation pays attention to those feeling "squeezed", with their income falling compared to spending--People on lower incomes and with low financial resilience have had a higher chance of borrowing since the start of the pandemic. The evidence in this report along with the findings of the House of Commons Library suggests renters, those from minority ethnic groups, parents and young people 'have been disproportionately' affected.

According to the Office of National Statistics (ONS), over half (62%) of people renting could not afford an unexpected expense of £850 compared to 10.6% of homeowners (Covid impact on household debt and savings report).

Renters were also more likely to have unpaid bills and be worried about falling behind on their rent. In August 2020, a YouGov poll showed 290,000 households were worried they would fall behind on rent.

"Home forms a context where we become able to form an identity and find a place of privacy, refuge and haven from outside pressures and which gives us a lens to see and understand the world around us." (Health and Wellbeing in the Private Rented Sector: by UK Collaborative Centre For Housing Evidence)

When taking into account other factors like age, gender, and income levels, ethnicity itself has not revealed inequalities whether someone is in a better or worse financial situation or differentiation in financial product ownership or use of services.

What we did find when looking at a combination of housing census data and via surveys was that between February and October 2020:

Over half of young people between 18 - 24 have used a form of debt since March.

It's not surprising that this is the case when you see it combined with other factors such as young people being more likely to be in less secure jobs, such as freelance or 0-hour contracts.

Young people are also one of the most likely groups to be renting and experiencing high housing costs, and renting being so widespread among this age bracket: 'only 41% of household heads aged 25 to 34 own their own homes.'

All these factors together, alongside the making them particularly vulnerable to moments of financial strain.

‍
StepChange found that between March 2020 and January 2021, of parents with children under five:

Many people in the UK are likely to fall into more than one of these categories; as we see, the renter sector is an exceptionally diverse group, with various household types, many of which are at a higher risk.

What about the savers?

Despite the pandemic, the report carried out by the Resolution Foundation found wealth had increased during a recession - the first time since the mid-1940s.

The wealthiest adults who were in a good situation pre-pandemic and kept their jobs could put a lot of their money away. This was made possible by a combination of factors, primarily due to lockdowns stopping people from going out and spending, alongside household income not falling as much as we expected. For example, spending on restaurants and hotels decreased by nearly 90% during the lockdown period; this bounced back in household spending.

The furlough scheme - both for employees holding permanent positions (Coronavirus Job Retention Scheme) and those who were self-employed (Self-Employment Income Support Scheme) - also had a dramatic impact on those who were unable to continue working. The House of Commons report sees this as one of the main contributing factors to the overarching trend of precautionary saving throughout the Covid-19 lockdowns.

Compared with those on lower incomes, 'high-income individuals are four times more likely to see their family savings increase during the pandemic.'

All good news, right? Well, yes, aside from a pretty significant snag: interest rates hit a 'historic low' in March 2020, at 0.1%. So, if you're exploring ways to make your money work for you, interest rates this low hardly feel like the way to do it.

Where do we go from here?

Even if you've saved and you feel good about it (...and if you have, you should! No guilt-tripping here) we think everyone can agree that the last few years has been anything but a fair or normal situation.

Right now, not only is the situation becoming more and more unfairly balanced, which we hate (read our values🤟) but it’s also not working very well for anyone.

The crux of it? We want to be better. So, as a society, how do we become fairer? We consider our role in instigating change (and demanding it!) very seriously. Next up: What are the longer-term implications of growing inequality? 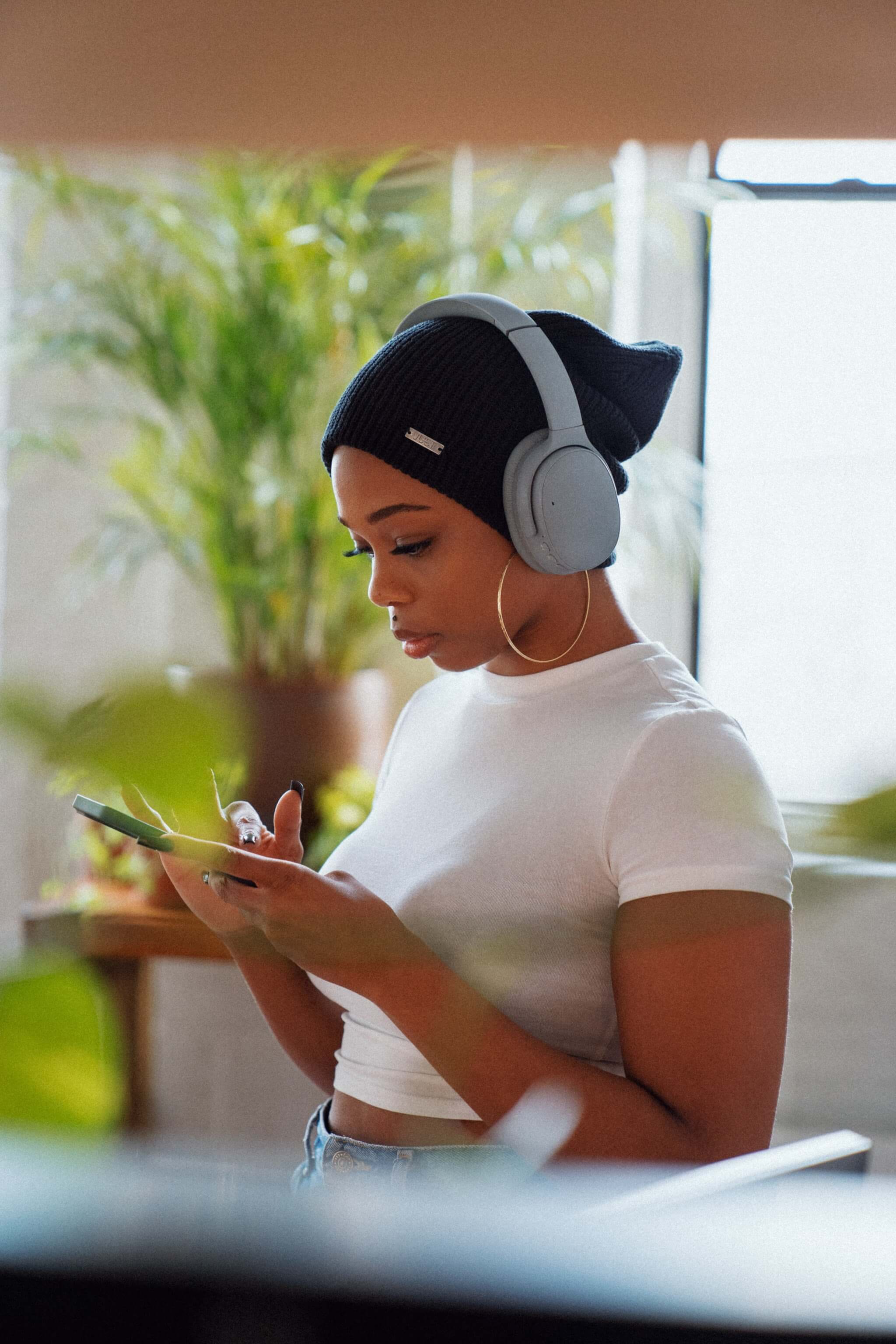 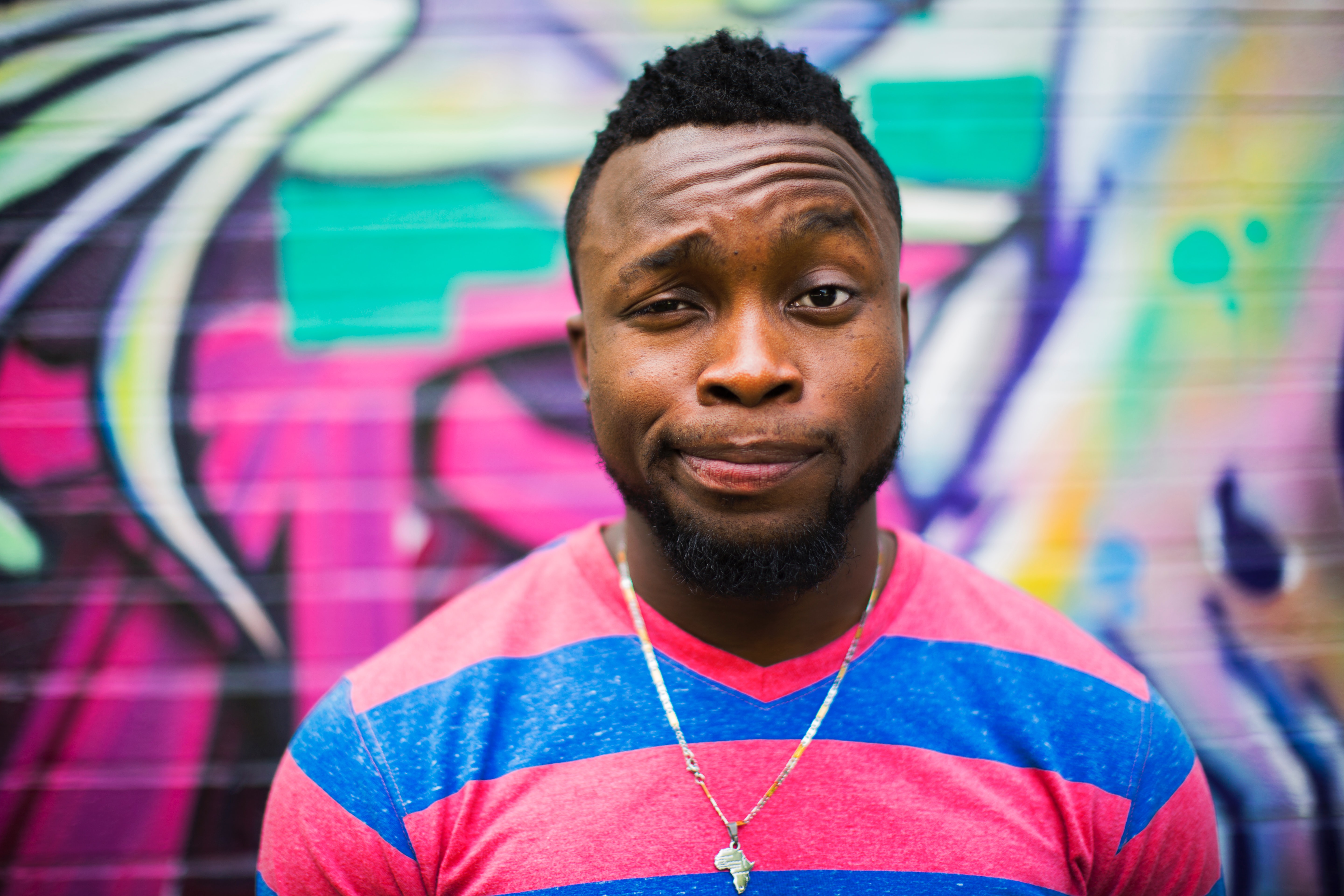 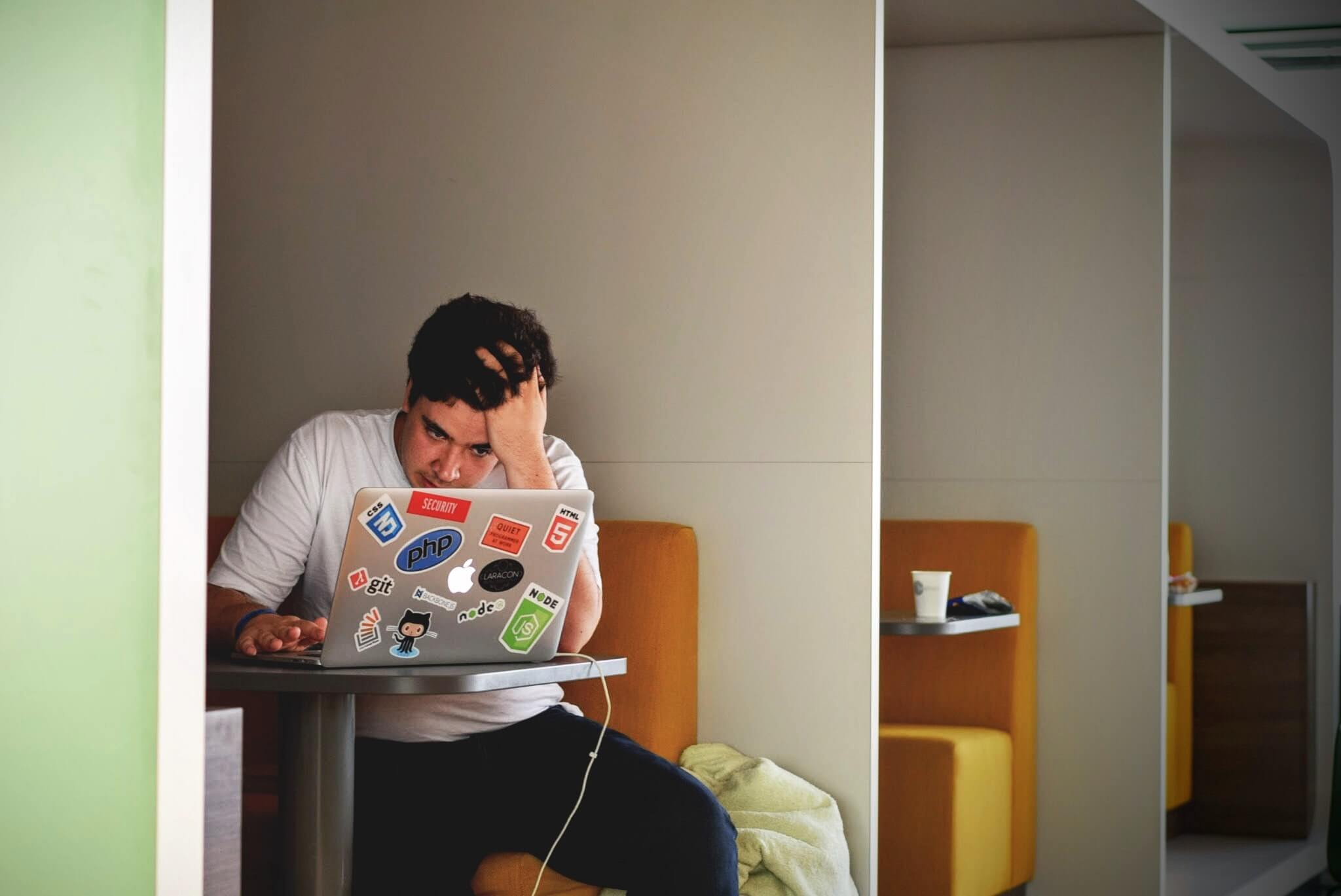